Back to the *FUNK* with a Flanders Pale Ale 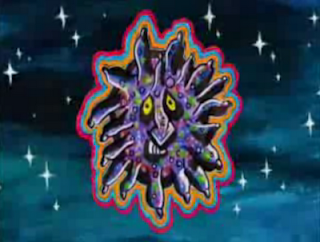 I have to do this blog entry without the photos because it looks like I might have left my camera sitting in the Caldera Taproom in Ashland, Oregon last Saturday (great beers, check it out if you're in Ashland). That would be a shame to have lost not only a camera, but also pictures of my brother's family and my 2 awesome nephews, who we got to visit for the first time in a long time this Thanksgiving weekend. Also, some pictures from the mecca of American breweries, Sierra Nevada, were on there. My brother lives only a couple hours from Sierra Nevada, and it was on the way down for us.
The camera also had some photos from the funky "Rodenbug" brew I did last Tuesday before we left. AlB of Babblebelt fame generously provided this bug blend of his own creation and balancing, which I'm planning to brew with for at least a few generations, and it's going into my next Flanders Red, which may be part of a barrel project, we'll see. Then I'll do another Deliverace Kentucky Sour. I'm still on a quest for a dark, sour rye beer that's so good it will make you "Squeal like a pig!". Thanks again for the bug blend, Al. Expect a nice package of homebrew and some Upright beer soon!
Here's the recipe for the Flanders Pale Ale. If it ends up anything like Petrus Aged Pale, I'd be very happy, although this is not really a clone attempt. I will probably add some oak later for flavor. I'll just take it in the appropriate direction later once it's got at least a year on it. I was a little scared of how hoppy I made this, but then again this beer is meant to age quite a while and the bitterness should mostly drop out. I added Glacier hops as a 100% first wort addition, as it's supposed to carry through a smooth hop profile with some flavor and surprisingly, aroma.
Old Gregg's The Funk Pale Ale
Recipe is for 7.2 gallons pre-boil, 5.9 gallons post-boil, all grain
O.G. 1.060 IBU's 27
10 lb. Great Western Pilsner malt
1 lb. Crystal 15
2 oz. Special B
42 gr. Glacier pellets 4.5% FWH
Water adjustments: Going for a balanced chloride:sulfate ratio, added 2 gr. Gypsum and 3 gr. Calcium Chloride to the mash. Same amount to the sparge water.
Mash: 4.25 gallons, mash in to 156 and keep in the mid-150's for 1 hour
Sparge with 5 gallons at 170
Collect 7.2 gallons at 1.049 = 84% efficiency
Boil 90 minutes, hops went in the kettle before the wort.
wyeast nutrient & whirlfloc at 10 minutes
Chilled to 70, aerated by shaking for 3 minutes
Pitched AlB's Rodenbug blend, plus a rehydrated pack of Safale US-05
Fermentation temp started pretty low as we were out of town with the heat off, but I got it up to 75 on the 4th day. Going to try to keep it in the 60's during secondary if at all possible.
Now the hard part...patience.
12/22/09 Racked to secondary, 1.016. Kind of weirdly funky and hoppy but not sour yet.
Collected 3 pint jars of the yeast slurry for the flanders barrel project.
Posted by Seanywonton at 4:55 PM 5 comments: 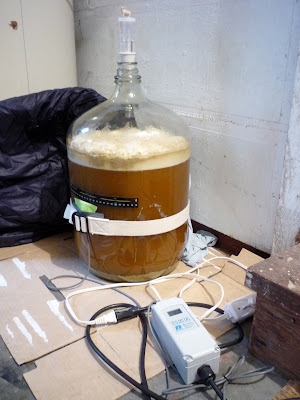 Upright got in some really nice looking whole Newport hops recently, and since it's a variety I haven't used in the past, I asked Alex if it would be OK to take a couple ounces home to brew up an IPA. All I know about Newport hops is that they smell nice and herbal/spicy/pungent, and Chillindamos says they make a beer that smells like pot. Also, I've heard that Rogue uses them a lot, but I couldn't find any information on their website to substantiate that.
Since the weather's taken a turn for the cooler, the garage has been staying in the mid to high 50's, which is incredibly convenient for making beer, especially standard ales, which I like to ferment at 68 or thereabouts. Instead of having to use a refrigerator to keep the beers cool, I've been using a normal everyday heating pad hooked into a digital thermostat. I strap the heating pad (set on low) to the carboy and dial the thermostat in to where I want to ferment. If the beer falls below this, the heat kicks on. Without the heating pad, the beers were actually fermenting a little too cold, which is better than too hot to be sure, but still not ideal. NOTE: Sometimes there is a differential between what the thermostat probe (taped to the side of the carboy and insulated) reads, and what the Fermometer reads. I believe the Fermometer to be more accurate, so I usually start with the thermostat set to 66 in case it's reading low. 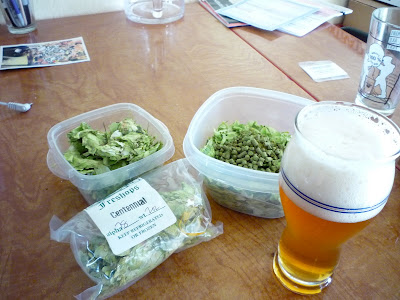 The Newport is typically a bittering hop, and I used it to bitter and also as part of the 20 minute addition. I also used Summit at 20 minutes and Centennial as a flavor/aroma addition. I used a little Chinook I had laying around to bump the bittering addition slightly to get the IBU's I wanted. The above picture shows only the 20 minute and later additions.
I did not do an entirely analytical water approach this time, but instead opted to use a "Burton salts" mix at slightly less concentration than would actually be found in Burton on Trent. It should still lend to a very hoppy and bitter presence in the finished beer. Instead of about 9 tsp. in my total brewing liquor, I added 3 tsp. to the mash and 2 tsp. to the boil.
I did find out a very interesting fact about Portland water supply, which was pointed out by Paul after my last post: Our water is periodically supplemented with a well-water source that is higher in minerals. Right now it's running 100% Bull Run water, the very low mineral water. If anyone in Portland is interested in getting updates on when the water is being implemented with Columbia South Shore water and what the new approximate mineral concentrations will be, you can email Kristen Anderson at: kanderson@water.ci.portland.or.us 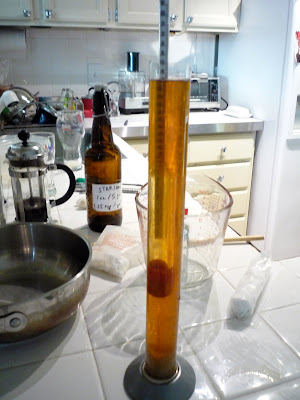 Back on board with a Robust Porter, & first time using John Palmer's water calculation sheets 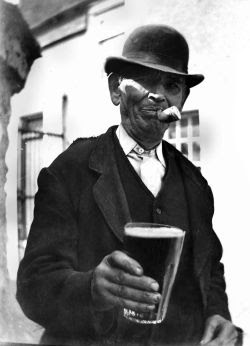 Yesterday was a bit of a test run to see if I was ready to brew, after improving somewhat from my back injury. Luckily, a friend of my girlfriend recommended a chiropractic college that sees patients for cheap (I'm not insured currently since I'm not working). It turns out they are having a canned food drive, so I've been charged 3 cans of food per visit for back adjustments and some sort of ultrasound on my lower back muscles, which has really helped. I'm still not 100%, but I'm back up and brewing!
I have finally made my first true attempt at using John Palmer's water chemistry spreadsheet for brewing water. My goals for this beer were to:
I did this by adjusting only the mash water, and not adding any minerals to the sparge water or the boil. Portland mineral levels are all in the single digits, and can almost be considered nil. So my total mineral additions in the mash water came out to be:
As far as I can tell, I did this right, but the other way to do it would be to shoot for a London water profile (where porters originated) on the entire brewing water. Either way, I think it's important to have enough minerals in the water to buffer the acids from the dark grains. I have been tasting a lot of porters & stouts in Portland, and although I really don't know which breweries are adjusting their water and which are not, it seems that I run into a lot of good dark beers that have a bit too sharp of a roasty bite. This could be from not adjusting the brewing water and getting a low pH in the mash. If done properly, the water adjustments should allow for a smoother and more nuanced roasty beer.
Unfortunately I was not able to get a good pH reading. I'm still meaning to take my ColorpHast strips in to Upright to test them against the digital pH meter. It's well-documented that these expensive strips can be off by as much as .3 pH, so I need to find out exactly how much mine are off to make them worth using. Or better yet, ask for a pH meter for Christmas!
Before I go to the recipe, I wanted to mention the OBC Fall Classic homebrew competition which took this past Saturday. It was a fun day, I judged IPA's in the morning, and American Ales in the afternoon (our flight was all pale ales). I also entered 3 beers: the Belgian Dark Strong, the Flanders red, and the fresh-hopped black saison. I was not expecting the black saison to do well, but out of all 3 beers, it was the only one to win a medal, taking first in Belgian & French ales! That is the first time I have placed first in that category, and it was a pretty big flight with 21 beers.
On to the beer recipe:
Back-cracker Porter
Recipe is for 7.2 gallons pre-boil, 6 gallons post-boil, all grain
O.G. 1.062 F.G. 1.014 ABV 6.3% IBU's 43
9.5 lb. Glen Eagle Marris Otter malt
.5 lb. Munich malt
.5 lb. Briess Special Roast
.5 lb crystal 40
.5 lb. chocolate malt
.5 lb. black patent
.5 lb flaked barley
.25 lb. Special B
30 gr. Chinook whole 10% AA 60 min
28 gr. American Goldings whole 4% 15 min
28 gr. American Goldings whole 4% 0 min
Mash: 4.25 gallons, mash in to 149 for 60 minutes
(Mineral additions noted above)
Sparge with 5 gallons
Collect 7.2 gallons at 1.052 = 83% efficiency
Boil 60 minutes (I collected a little too much wort, so I used a slightly harder boil to get down to 6 gallons in 60 minutes)
Whirlfloc & Wyeast nutrient at 10 minutes
Chilled to 66, collected 5.25 gallons
Oxygen for 60 seconds
Pitched Wyeast 1056: about 1/2 cups thick yeast slurry from last batch
Ferment at 68 degrees
Racked to keg on 12/1/09 Tastes great so far, sample was not salty as I had feared after adding all that baking soda.
Posted by Seanywonton at 12:27 PM 9 comments: